Like any good sermon, James starts out with a glowing introduction; terms like ‘brothers,’ ‘dear brothers,’ and ‘dearly loved brothers,’ dominate every line of thought for the first chapter. Further into the book, however, the terms ‘dear’ and ‘beloved’ are dropped, and the triumphant phrasing of the well-known opening…

“2 Count it all joy, my brothers, when you meet trials of various kinds, 3 for you know that the testing of your faith produces steadfastness. 4 And let steadfastness have its full effect, that you may be perfect and complete, lacking in nothing.”

… turns into the stern, blunt and very Pauline-esque rebukes that makes up the majority of chapter 4 and culminate in verse four:

“You adulterous people! Do you not know that friendship with the world is enmity with God? Therefore whoever wishes to be a friend of the world makes himself an enemy of God.”

There is a very sharp tone here and the idea here is clear, I think: God is serious business, and we had better shape up if we intend to take the life of commitment to Christ seriously and there is no middle ground. One is either in our out; for God or against Him. This is serious enough that James uses the metaphor of adultery and even Old Testament prophetic phrasing to describe the conditions of the people he is addressing; adultery was Israel’s chief sin against God in the days of the prophets, which led to the Babylonian exile. This reference makes it very obvious how serious this issue was/is. James doesn’t have time for half-hearted commitment here and one can detect notes of frustration and even anger here; shape up or get out is the overall message. James is tired of people, both in his congregation and those in the 12 tribes in the Dispersion who are all talk and no action. It would not be far-fetched to imagine him bellowing this part forcefully and the audience recoiling at being compared with an adulterous Israel. Perhaps the most intriguing part of this sermon comes near the end:

7 Submit yourselves therefore to God. Resist the devil, and he will flee from you. 8 Draw near to God, and he will draw near to you. Cleanse your hands, you sinners, and purify your hearts, you double-minded. 9 Be wretched and mourn and weep. Let your laughter be turned to mourning and your joy to gloom. 10 Humble yourselves before the Lord, and he will exalt you.

The contrasts here are very sharp and show just how Jewish James really was; one can imagine the audience to which this sermon is addressed is at this point on an emotional roll-coaster of contrasting rebukes, guidelines and ominous warnings. But the style of the above verses echo nearly identically the tone and style Jesus used, and make the point in characteristic Jewish style:

“The fact that he (Jesus) grew up in the Near East and spoke to Near Easterners affected both the matter and manner of his speech. Along with his contemporaries Jesus delighted in sharp contrasts and extreme statements – what the rhetoritician calls hyperbole and exaggeration. His teaching is characterized not by grays and halftones, but by contrasting black and white. Using colorful speech he shows the ridiculous and ludicrous elements in everyday situations.” (“The New Testament: its background, growth and content” Bruce M. Metzger. Abingdon Press. Nashville. 2nd edition. Pp. 136-137)

“They are poor, and yet make many rich; they are completely destitute, and yet they enjoy complete abundance. They are dishonored, and in their very dishonor they are glorified; they are defamed, and are vindicated.” (Epistle of Mathetes to Diognetus, circa 130-200 a.d.)

After his admittedly dark and forceful line of thought, James changes the subject to more practical matters; Christians are not to criticize one another or judge others wrongly. This action is equated to playing God:

11 Do not speak evil against one another, brothers. The one who speaks against a brother or judges his brother, speaks evil against the law and judges the law. But if you judge the law, you are not a doer of the law but a judge. 12 There is only one lawgiver and judge, he who is able to save and to destroy. But who are you to judge your neighbor?

The chapter ends on a note that echoes the near nihilistic philosophy of Ecclesiastes, and serves to make the point that no one has any right to brag about anything and that our own earthly will and plans really don’t compare with what God has in mind and are ultimately pointless until they submit to God.

13 Come now, you who say, “Today or tomorrow we will go into such and such a town and spend a year there and trade and make a profit”— 14 yet you do not know what tomorrow will bring. What is your life? For you are a mist that appears for a little time and then vanishes. 15 Instead you ought to say, “If the Lord wills, we will live and do this or that.” 16 As it is, you boast in your arrogance. All such boasting is evil. 17 So whoever knows the right thing to do and fails to do it, for him it is sin.

This would not have sounded out of place in Ecclesiastes; indeed, the reference to ‘mist’ (‘breath’ in some translations) may be a direct reference to Ecclesiastes; this brief jaunt into existential philosophy shows the extent to with which James was familiar to the Hebrew Scriptures in both their content and style. The last verse, however, once again in typical James/Jesus fashion, drives home the point made by the poetic/philosophical line of thought of the first few verses in one succinct sentence. If you know what is the right thing to do, but don’t, you sin. Period.

The fourth chapter of James has some of the darkest and extreme imagery save for chapter 5 and James’s warnings to the rich; however, these are not the delirious ravings of a fire-and-brimstone preacher, rather they are the forceful but loving exhortations to the early Church, particularly those of Jewish origin, that their faith demanded that they not claim Christ as their Lord but at the same time continue living in the world as they were before. The choice James puts before the Church is clear: friendship with the world and by default enmity with God, or humility on our part and exaltation by God. 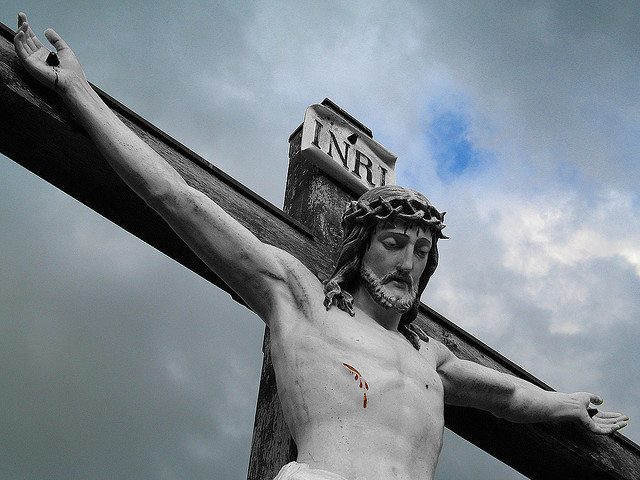 worldviews i’m a killer too
3