how haiti changed my life

I'm Lance's wife. Luke, Sara, Hope, and Emma's momma. I love my Lord and love my church. My favorite verse is 3 John 1:4 - "I have no greater joy than to hear my children are walking in truth." I love spending time with my family and miss my husband when he's at work, which is a lot. I am blessed with a husband who loves me and loves our kids. My kids are the best kids in the world. I love vanilla cokes from Sonic and eat way too much McDonald's! I can't wait to build our dream house on our land. I love to watch my children ride our horses. All in all I have a GREAT life and am very blessed!


The current challenge before me is to explain that in one post. Don’t think I can even begin to do it, so I’m making this a 3 part series. And I hope I can do it in that! Ha! It’s hard to know where to start in telling the story of my family’s story and how Haiti has changed us forever. I guess I should start with the quake.

My husband is a doctor. Two days after the quake, he called me while I was checking out at Old Navy. Crazy how a day can start so normal and end up changing your life. As I’m checking out, he says, “I talked to John (our missions pastor) about going down to Haiti.”

“This is not the time nor the place to have this conversation.” I know. Super spiritual, encouraging wife, huh?

The thing is, I knew he was going to go. I was just scared. I mean, my husband was talking about going to an impoverished nation that had just been hit by one of the deadliest and horrific disasters ever. And leaving me and our four children.

Before the quake, I knew that Haiti existed. And I knew it was a poor country. But that was it.

My knowledge of Haiti was limited to a Christian fiction book that my Mom bought me when I was a child. It was about a grandmother that took her granddaughter on a mission trip to Haiti. I remember that the book talked about how poverty-stricken Haiti was. Funny the things you remember. I was an avid reader as a child. And to think that the book has stuck with me for 30 years amazes me. Just makes me marvel at how God prepares us for our future without us realizing it.

During the 5 days in between Lance telling me he was going to Haiti, and him actually leaving, we saw God move in ways that we had never experienced so tangibly in our lives. What started out as Lance and our friend John heading to Haiti with backpacks and protein bars turned into a team of 8 with $15,000 dollars given and nearly 1 ton of medical supplies packed in military duffel bags.  Wow.  Can you say, God?

All of the television stations and newspapers in our area interviewed him which God used to help get the word out. People in his hometown saw the interviews and showed up at his mom’s business donating everything from money, to medical supplies, to toys and clothes. Entire schools had donation drives. Then add to that, church family, extended family, friends, and businesses in our town.  It was almost impossible to process as it was happening.

The most amazing thing that was happening during those 5 days was that I was falling in love with a nation and a people who I knew next to nothing about. And to be consciously aware that God was placing that love in my heart, and my husband’s heart, was a surreal experience.  And it was the start of a love that would change our lives.

how haiti changed my life 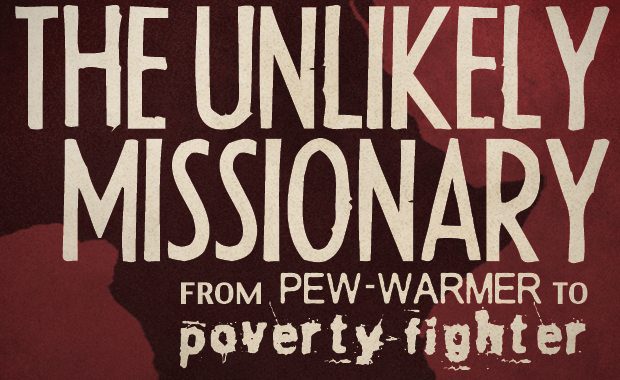 missions the unlikely missionary [a new book by @bibledude]…

missions the indigenous church and the missionary
0