This post was written by a guest contributor. Please see their details in the post above. If you'd like to guest post for BibleDude.net check out our Write for BibleDude page for details about how YOU can share your perspectives with our incredible tribe!
 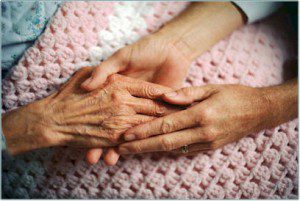 Tina told her father that she wanted to be present when the caregivers were interviewed.

Tina’s grandmother was in the Living room when Lynn walked in the house. The hair on the back of Tina’s and her dad’s neck stuck out when they saw Lynn. Fear shot out of Tina’s grandmother’s eyes. While Tina’s dad escorted Lynn out of the house Tina embraced her grandmother and assured her that Lynn would not care for her.

At work Tina’s suspicions about Lynn were confirmed when she performed a background check on Lynn. Tina also learned that Lynn had served time under another name for elder abuse.

Tina’s co-worker, Brittany, asked her how the search for a caregiver had gone. Tina told Brittany her family hired Denise and let her know what she had discovered about Lynn. Sadness shot out of Brittany’s eyes.

“Does she has a mole on her cheek namely her right cheek?”

“My grandmother had dementia and a lady named Lynn cared for her. My grandmother died two months after Lynn began caring for her.”

Brittany showed Tina a picture of Lynn. “Is this who you are talking about?”

Lynn was subsequently arrested, medical reports and evidence was gathered on the death of Brittany’s grandmother, and Lynn was arraigned and charged with first degree murder and elder abuse. She was found guilty on all counts and sentenced to life in Prison.

Tina, her family and Brittany thank God that Justice had prevailed and Lynn would not be able to harm another elderly person again.

Janna Bailey is 49 and has a disability. She began writing stories as a way to help other people who might be going through what she did. She wants Jesus to take the ugly things that have happened and use it for God’s glory.