[the mystery of the cross] part 7: enduring mysteries

Bryant is currently serving as the pastor of a rural church in Georgia and the chaplain coordinator of his community's hospital chaplaincy program. A pastor, teacher, and mentor, Bryant has a passion for helping people discover their best selves in Christ and exploring the deeper sides of spirituality. A closet philosopher, Bryant enjoys writing and publishes a periodic journal that challenges his readers in their relationship with God. Bryant is married to Cheryl and they have two cats.


The Cross and its Eternal Power

Pope Gregory the Great said that the cross was set up for the salvation of mortals and stands as both a mystery and an example whereby the Divine power takes effect, an example whereby man’s devotion is excited. He continues by saying that redemption further procures the power of following the way of the cross by imitation and he concludes by asking the question of how shall we share in the name of Christ except by being inseparably united to Him, Who is, as He Himself asserted, “the Way, the Truth, and the Life”? 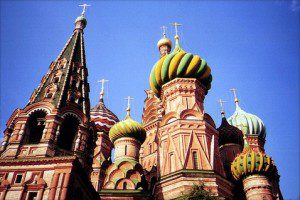 The cross remains as much a mystery today as it did 2,000 years ago when Christ Himself hung suspended from it. I can imagine Paul as he sat penning the words of 1 Corinthians 1:23 as he reminded his readers that the cross would be a stumbling block to the Jews and an absurd and foolish thing to the Greeks. To some today, the cross is an object of decoration to be worn on clothing or on oneself as a tattoo or a piece of jewelry. It is also seen as something to be hated and cleansed from society’s view through lawsuits and protests. Not far from my own home, about an hour or so, stands a small white cross as a part of a memorial to several firefighters who gave their lives in sacrifice and service to their neighbors and community while fighting a fire in a local factory. This memorial has recently come under attack and has now come under threat because of a lawsuit. This is only one of several such lawsuits in the United States by atheist or agnostic groups, or simply those who think that personal expression of any faith should be relegated to activity behind closed doors with no free expression in public places.

I recently returned from a mission trip to Russia, where for 40 years the free expression of religion, and in many cases the private expression of faith, has been oppressed but is now finding new life. In the book The Mystery of the Cross, Judith Couchman explores the notion of the cross that rises again. The cross has long been present in Russian society because it stands upon the tops of the spires of the Orthodox Church cathedrals but with the dominance of Communism, it was seldom thought about by the general populace as something other than a decorative ornament.

However, now that Communism has lost its dominant control over society, the cross is taking on new meaning as the evangelistic church is making its meaning known once again. Couchman states that like Christ, we want to rise up, we need renewal. Since the dawn of early Christianity the cross has represented this longing and determination to regain life. Like the Church in Russia, the soul desires to rise up and the cross symbolizes this desire. For those Christians in Russia and its block nations during the Cold War area the cross certainly inspired a will to survive and gave hope that despite the oppression they had long had to endure the soul of those who clung to it would rise during adversity and would transform again and again.

For 2000 years the cross has had to endure. From the reigns of the early Roman emperors, the invasions of various pagan nations, the oppression of those who would use the Church for their own gain during the Middle Ages and the Spanish Inquisition and the rule of Communism over much of the world, the cross and those who would follow it truly and rightly have had to endure and have always been given the strength to withstand and to stand once again.

As we in America see the beginnings of this type of oppression from a very small but very vocal minority who garner the support and opinion of government, we to must continue to draw strength from the cross so that we can stand and rise again as it will continue to stand again, and again.

[the mystery of the cross] part 7: enduring mysteries