gravity waves, the big bang, and my unshakable faith 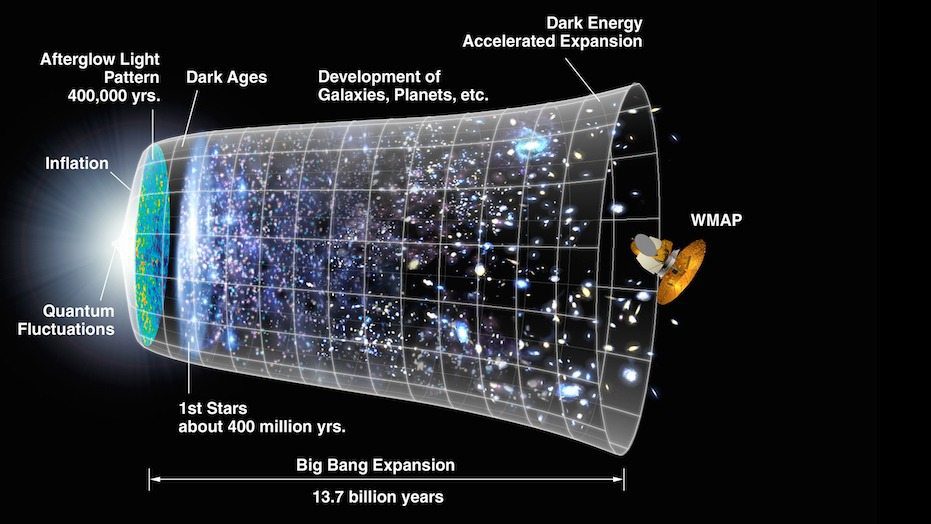 This post is probably going to get some people mad at me.

I just noticed that Big Bang is a trending conversation on Facebook, and saw some really fascinating articles about how astronomers believe they’ve finally proven the Big Bang Theory. I don’t really fully understand the science myself. And I’m not going to pretend to say that I know enough to argue against it. Essentially, they’ve found some gravity waves that prove the rapid expansion of the Universe in the first few nanoseconds after the Big Bang. It’s being called one of the greatest discoveries of our time, and many are already calling it worthy of a Nobel Prize.

So science now says that the Big Bang is no longer a theory. It’s a fact. And I know that this will certainly shake up much of the religious community. It’s also providing anti-creationists an opportunity to give Christians a giant, “na-na, na-na, boo-boo, stick your head in doo-doo!”

But here’s the big question, and I don’t believe science can answer this one definitively.

Does proving the Big Bang, or evolution, or any other theory disprove the existence of God?

It certainly does not.

And even for the Creationists, there’s division between people who hold to a literal six-day Creation, and others who believe that the term “day” doesn’t necessarily refer to a 24-hour period. And both sides have valid points.

The truth is that we don’t really know for sure. We can’t know. None of us were there. There are no human eye-witnesses who documented the whole thing. It would be nice if we had God’s Instagram account to check out for the selfies He might have taken while working on something so awesome. But we don’t.

One thing I try to remember when I see reports like this is that science is merely observing and reporting on what they see in the known, physical Universe. These observations can tell us a great deal about the world around us, and Christian need to be careful when it comes to selectively disputing what trained professionals have witnessed. We don’t dispute gravity. We don’t dispute the atom. We don’t dispute the human genome. In all of these cases, scientists merely report what already exists. They’re making observations.

It’s also important to point out that the Bible was never intended to be a science book. It’s not trying to present a different, opposing scientific view. Rather, it answers a different question. One about purpose. And the question of purpose is one that science can’t answer. Therefore, I hardly see them in conflict with one another.

Our issue comes when we attempt to interpret the Bible, particularly with ideas such as Creation. We must ALWAYS remember that even though the Bible is God’s Word FOR us, it’s not God’s Word TO us. What I mean is that the texts were first written to a people in a VERY different time, culture, place, language, etc. John Walton points out in The Lost World of Genesis One that the Creation story was written with an ancient understanding of cosmology. And in order for us to understand God’s Message to US, we must first understand God’s Message to THEM (the original, ancient audience). That’s rule #1 of good exegesis.

I’m not trying to take a strong position right here, right now about which idea I believe is the correct one. Because the bottom line is…

I wasn’t there. And all I can honestly do is recognize the possibility that it all could have happened very differently than what I could hope or imagine (or even scientifically prove). But I do still believe that God is real. Why? Because of my own testimony/witness of what He’s done in my life. He’s changed me. He’s given me purpose and meaning. He’s made me a better inhabitant of this Universe. I’ve seen and experienced what He can do with a life devoted to Him.

That’s why no discovery science could ever make will shake my faith in God. If anything, it only makes me appreciate the magnitude of what He’s done.

gravity waves, the big bang, and my unshakable faith