I don’t ever remember crying so hard before, and have not since then. As a laid there on the floor crying uncontrollably, I knew that my life would never be the same. I was just broken beyond what I thought that I could handle, and I had no idea how I would ever gain some sort of normalcy.

I had just put my 17-month old son down for a nap, and walked into the kitchen to get something to eat for the first time that day. I almost didn’t realize that it was mid-afternoon already. How does time slip away so fast? When I opened the cabinet, I saw a box of snacks that said “approved for use with Diabetics” on its side panel. Just seeing those words made something click inside me, and I instantly fell to the floor weeping.

Just a few days before that, my son had been diagnosed with Diabetes. It wasn’t the too-much-cake kind, and it wasn’t something that he could “grow out of.” He was going to have to get insulin injections for the rest of his life. And without the new regimen of diet and shots, he could suffer countless other heath problems, or even die.

At that moment my job as his father became much more complex. I didn’t know how I would ever handle it all. I was having a hard enough time trying to figure out how to discipline him without turning him against me. I knew that I needed to maintain a friendly relationship with him, but now I was the guy that had to stick him for his insulin shots several times each day.

That was a few years ago. Today he is five years old, and doing well. We still pray every day for his healing, and we also try our hardest to keep his blood sugar levels under control. We also join the Walk To Cure Diabetes every year, and each year our team gets larger and we raise more money to help find a cure for everyone with this condition. Most importantly, I learned a few things about being a father through all of this.

Prayer is the single most important thing that I can do as a dad. I have often wondered if I would pray so hard for him if he didn’t have Diabetes. Through it all, it is the fervent prayer that has helped us more than anything else. But I’ve also learned that he deserves every bit as much my passionate prayers even if he didn’t have it.

Because Diabetes requires our non-stop, 24/7 attention, I have also learned to think more beyond myself. Prior to all of this, my focus was still primarily on how things affected me. Caring for a diabetic really requires that you die to yourself, and focus on the one that needs your care. Now I look to his needs over my own for other areas of his life, not just his diabetic care.

I also learned to rely on strength from the Holy Spirit. Giving my child regular injections, and pricking his fingers 8-10 times each day is not an easy task, especially when it hurts him and makes him cry. I have had to find strength that I didn’t have, and trust my God that one day we wouldn’t have to do this anymore.

When it comes to being a father, I was just going through the motions before. Now, I have learned much about being the type of father that God has called me to be. I am far from being perfect at it, but He knows that I give it my best every day. I have also discovered much more about how God must feel about us, and am starting to understand the impact of Jesus laying down His life for us. Amen.

Note: Written for weekly writing contest [Father (as in paternal parent, not God)] at http://www.faithwriters.com/.

by Dan King time to read: 3 min
creativity and art wordle :: why believe in a god? 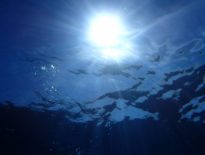