get naked, get clothed, get righteous

A wife, mom, foster parent, writer, and Jesus girl, trying to live out loud with as much grace and gusto as I can. Visit me at WhimsySmitten.com


“Abram believed the Lord, and he credited to him as righteousness.” – Genesis 15:16

I know the verse. I’ve heard about grace, about faith versus works and the whole nine. I get the big deal about righteousness.

It means to be good, to do what’s right on God’s behalf. To be obedient and do what He has commanded. It means to be right, to be ever-striving toward perfection.

I walk around life with this monkey on my back, exhausting myself with spiritual effort because I have a chronic misunderstanding of the concept of righteousness.

“Abram believed the Lord, and he credited to him as righteousness.”

But what about being good? What about obedience and service and keeping commandments? What about not cussing, not smoking, and memorizing Scripture? Aren’t those the stepping-stones on the path to righteousness? Isn’t that the kind of holy checklist I’m supposed to keep in order to be a faithful Christian?

Working, striving, behaving in order to earn righteousness only amounts to spinning our wheels, pedaling faster and faster on a stationary bike to nowhere.

I don’t know about you, friend, but my legs are tired.

God promised Abram that he would be blessed. Abram believed Him.

He took God at His Word, and presto! “He credited to him as righteousness.”

It really is that simple. Believe in God’s promises.

Wait a minute, I hear you saying. Where do good things come in here? Jesus wants us to love and give and serve and obey. Those things aren’t about believing in God, they’re about working hard, getting your hands dirty, and sacrifice.

Indeed, He does want us to love and give and serve and obey. Next. But first things first, and within the first 15 chapters of His Word, he lays it out plainly, the not-so-secret truth we jump over on our “path” to righteousness. But until we believe on God above our own abilities, it will be hard work for an impossible purpose…to earn grace, to impress man, to soothe our guilty souls.

It turns out that righteousness is not found on a path. It’s not the destination of any kind of journey or the result of any hard work.

The Hebrew word for righteous means “rightly clothed.” Isaiah 61:10 tells us that He clothes us with the robe of righteousness. When we believe Him… When everything comes out of that single choice, we too will be righteous.

It’s not our rightness that makes us righteous, it turns out, but His robes.

His righteousness, flowing like beautiful fabric around us, is what gives us a pure heart for the broken, what delights us to serve. When we are full of His promise, we can be empty of self-serving, of showy works, of impure motives.

Will you strip down with me today, friend? Peel off the grungy, threadbare fabric of self-righteousness and guilt, give your tired legs a rest, and believe on Him? Stand naked of yourself, bare before only Him, and believe in the promises. Let Him cover you with rest, with grace, with peace that surpasses all understanding. Delight in His robes. Swim in the fabric of His righteousness, before and above all other things.

And in ripped jeans or ball gowns, lab coats or aprons, we’ll be rightly clothed, indeed.

get naked, get clothed, get righteous 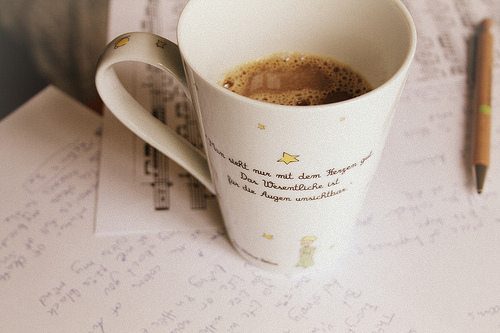 creativity and art what time is it?
10