on distraction {and why it may be your best friend}

Editor, Living the Story Shelly Miller is smitten with the art of story to transform a life. She writes about her own struggles as a child of divorce and alcoholism, and the way God redeems it all as a clergy wife raising two teens. With experience as a full-time missionary, advocate for orphans in Rwanda and leader of women’s ministries for small and large congregations, she is passionate to help people realize calling despite circumstance. When her husband H isn’t leading a church planting movement in North America, they drive five minutes across the street to take a walk on the Atlantic, with a camera strapped to her shoulder.


Lately, distraction is my closest companion.

I sit down to look up an address on-line and before you know it, I’ve read three blog posts, checked my email, responded to a Facebook message and updated my status three times. When I get up, walk into the kitchen to pour myself a third cup of tea, I realize that I have forgotten to look up the address. So I start over.

The pen and letter still lay on the table where I left them, next to a half-written blog post, the grocery list, and the pile of laundry I started folding. Two hours ago.

My doctor says distraction is a symptom of the season of life I’m in, so I’m blaming it on my hormones. That is, until I heard Patrick Lencioni speak from the stage at the Royal Albert Hall in London a few weeks ago. What he said changed my mind about the guilt I place on myself regarding distraction, the way it stalls my day and keeps me from being productive.

And true to my current state, I was so distracted by his admission; I only remember one thing he said after that.

Lencioni is a best-selling author of several books including Five Dysfunctions of a Team and one of the nation’s top five business speakers. And he doesn’t even tweet.  He boasts an impressive list of thousands of CEO’s and senior executives as clients. But what I remember the most about what he said has nothing to do with business or books.

He started his talk on becoming a cultural leader by admitting that his personality doesn’t lend itself to a linear, organized, and focused presentation. He told us that he is an ENFP on the Myers Briggs personality test. Of course, wild applause ensued from all the ENFP’s in the crowd, of which I am one.

“The prayer of an ENFP is this,” he begins, “Dear Lord, help me to focus more, oh there’s a bird, on the things I need to do.”

Further, he admitted to struggles with staying focused and on point; that he always jumps around. Finally after years of fighting distraction he decides to indulge it. Actually asks people to raise their hands and shout out a question during his talk, because he’s learned that interruptions help him stay focused.

Sometimes instead of harnessing the way God made us, we fight against it like swimming upstream. It’s a lot of work that gets us nowhere, except guilt-ridden that we don’t measure up to the yardstick of our own approval. And we can place those expectations on others too. Assigning standards and ways of doing life that don’t work, because they aren’t compatible with the way God made someone.

I’ve done this to my own kids, berating them for not being more talkative and outgoing. Until I realized God made them both introverts, which isn’t a weakness at all. I was reducing their personalities to the lens of my own extroverted experience, leaving myself nearsighted and my children feeling rejected.

When I compare my productivity to others or fail to achieve my own unrealistic standards because of distraction, I’m berating myself too.

What if you and I could turn our perceived weakness into a strength? How would that look for you? 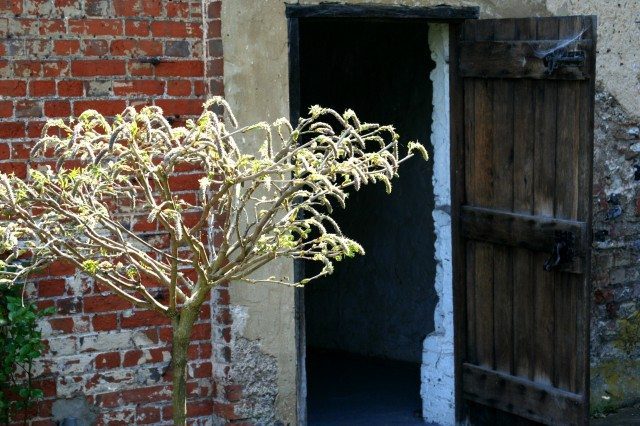 Lencioni did that. He shared a personal story that he hadn’t planned in his talk, something vulnerable, because he harnessed the distraction. It turned out to be that other thing I remembered.

He told us about how he found his teenage son weeping face down on the floor of his bedroom recently because he’d been bullied. Admitted how painful that experience was for he and his wife as parents and how he can’t get past wondering how Mary did it. How she watched her own son, Jesus, be crucified.

A holy hush covered the audience like a thin veil carried on the way of a gentle breeze.

I realized then, that no matter how much money you make, how many clients you have on your list, or how long distraction has been your unwanted companion, our humanity is common. We’re sinners in need of saving.

And perhaps distractions aren’t really keeping us from what is needful, as much as they are leading us to what is most needed. Like a best friend leading us to our Savior.

on distraction {and why it may be your best friend}

authentic christianity of guilt and parenting