[reasons they leave #5] the exclusivity of christianity 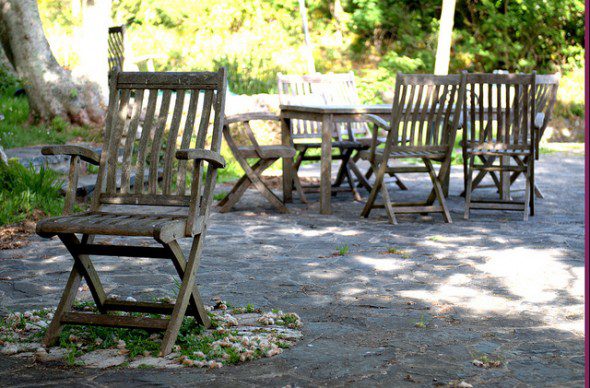 [serialposts]“I’ve got good news and bad news,” I announced to the fifteen or so members of my church’s high school youth group. “The good news is I brought cookies. The bad news is I need help with my homework. I’ve been asked to write a blog post about this reason that young people leave the church, and I want to know what you guys think about it.” I read them the passage:

Reason #5 – They wrestle with the exclusive nature of Christianity.

Younger Americans have been shaped by a culture that esteems open-mindedness, tolerance and acceptance. Today’s youth and young adults also are the most eclectic generation in American history in terms of race, ethnicity, sexuality, religion, technological tools and sources of authority. Most young adults want to find areas of common ground with each other, sometimes even if that means glossing over real differences. Three out of ten young Christians (29%) said “churches are afraid of the beliefs of other faiths” and an identical proportion felt they are “forced to choose between my faith and my friends.” One-fifth of young adults with a Christian background said “church is like a country club, only for insiders” (22%).

This topic is of personal interest to me as my 23-year-old bonus son has left the Christian faith. He recently told his father, “I simply don’t want anyone telling my children that they are corrupt sinners without god [sic]. To me that is child abuse.” He rejects the idea of a single path to salvation. I was eager to hear what our church’s young people had to say on the subject of exclusivity.

Peer pressure emerged as a major theme.  Teens want to be liked—don’t we all? These young people focused not on how the label “Christian” might mark them as different, but on how living a Godly life differentiates them from their friends. They also spoke of the tension between embracing diversity and accepting the teachings of our faith. Finally, they talked about the challenges of walking with Christ.

Here, in their own words (as closely as I could jot them down, anyway) is what they told me.

Kayley:  “We’re seen as close-minded for waiting for marriage [for sex]. Those who don’t wait feel judged.”

Joelle: “We want to be like our friends and they do things we don’t want to do.”

Lauren: “At school dances, all the kids are freaking. It’s gross.”

Embracing diversity as a Christian:

Jason:  “Isn’t it okay to be tolerant [of other faiths] but not accepting [by adopting their beliefs]? How can a rabbi also believe with all his heart [and not go to heaven]? It’s not fair for people who grew up in countries that aren’t Christian because they never got a chance to hear the Gospel.”

Lauren:  “I had a friend who decided she was a lesbian. She felt cast out, hated, and rejected, so she left church.”

The challenges of walking with Christ:

Donny: “If you want to do sinful stuff, you’ll feel guilty. It’s like you want to be a chocolate cake but in Christ you’re a brussel sprout.”

Lauren: “People won’t change until the pain of staying the same is worse than changing.”

Kayley: “In line at the DMV, someone sneezed and I said ‘God bless you.’ He got mad because he’s an atheist.”

These young people’s comments gave me hope.  I heard them sharing their struggles, They were focused on living a Christian life, not merely calling themselves Christians. One of them brought scripture into the discussion to explain a position to another. These kids are walking the walk—at least for now.

According to the Barna Group’s research, statistically, nine of these fifteen young people will make the choice my husband’s son made—they’ll leave their faith before they’re thirty.  Looking around the room, I imagined them getting up and walking away.

It broke my heart. I’ll be praying for them, along with all the other young people working to grow up as people of faith.

I hope you will, too.

[reasons they leave #5] the exclusivity of christianity

engaged in culture [video] 60 seconds to significance: why is work im…

engaged in culture where would Jesus spend his time on halloween?
14