book review: good idea. now what? [how to move ideas to execution] 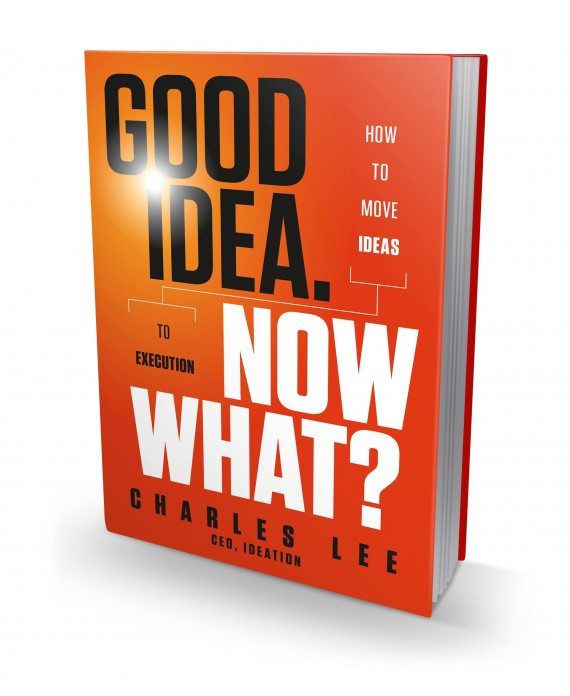 I wake up in the morning dragging. I search for that first dose of caffeine that’ll get me going through the day. My wife tells me that I really need to go to bed earlier. But that would mean I’d have to stop what I’m working on in the evenings, and that’s just unthinkable! Because it’s during those late-night hours when I get my best work done. That’s when I’m pursuing the things that I’m really passionate about.

Charles Lee’s Good Idea. Now What?: How to Move Ideas to Execution should be required reading for anyone (like me) who has an idea that you feel is worth pursuing. In this book Lee talks about the elements of a good idea, what to do with your idea after the initial inspiration, the importance of branding for your idea, and how to develop a tribe of loyal supporters to take your idea to the next level.

One of the best things about this book is that Lee doesn’t simply share some lofty motivational concepts that get us (temporarily) excited about doing something with our idea. Rather he fuels it with the real stories of other people who have pursued their ideas with incredible results. These stories show us that with the right strategy, anything is possible.

Lee knows what he’s talking about. I first met him through some conference events he started called The Idea Camp. And this wasn’t your typical conference. Instead of going somewhere to sit among the masses of people to hear ‘experts’ talk at us for hours on end, The Idea Camp shifted the focus to the participant. ‘Experts’ may start conversations, but the goal was to get people in the seats talking and sharing ideas. Bringing ideas out of people and encouraging them towards implementation has become Lee’s specialty. And it’s now his job as the Founder and CEO of !deation Consultancy.

Lee’s message has been one that’s resonated with me since that first Idea Camp experience. Asked me, “What is it that you’re willing to stay up until midnight (or later) working on when you should be getting to bed on a work night?” He continues, “That’s the idea that you need to be pursuing.” And this is why I wake up dragging like I do. But through this work I’ve seen much fruit, and discovered great purpose. Lee’s message is one that the church should be listening to…

If we want to go change the world.

book review: good idea. now what? [how to move ideas to execution]