introduction to paul’s letter to the philippians 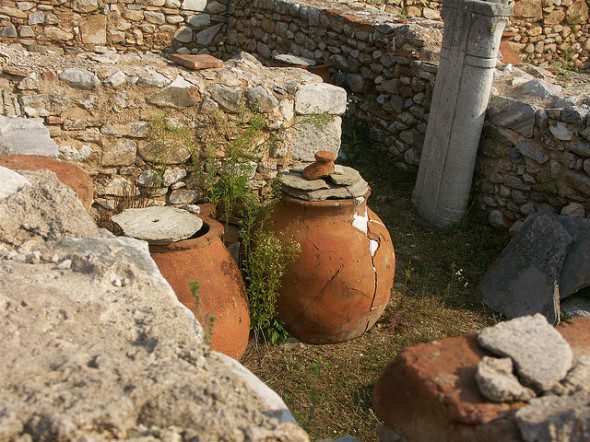 UPDATE: You can now get the Philippians Community Commentary, enhanced with additional Bible study tools, on Kindle!

[serialposts]The letter to the Philippians is a well known text in the Bible and the apostle Paul is the undisputed author.

May the following serve as an introductory background concerning this great New Testament letter.

The city of Philippi.

The city of Philippi is located in Macedonia.  It was named after Philip of Macedon who was the father of Alexander the Great (356 B.C.).  The Roman Empire sacked the city in 168 B.C. and later (42 B.C.) refound the city with retired Romand soldiers and Roman citizens.  This made the city heavily populated by Romans as it was made a Roman colony.

James Jeffers notes that “Philippi was in many respects a miniature Rome.”  Archeology proves the point as “86 percent of the inscriptions found here dating to this era are in Latin” (The Greco-Roman World of the New Testament, 202).This suggests that the local population’s official language was Latin, although Greek was the main language for commerce.

Also, it is believed that there was not a significant Jewish population in the city because there was not a synagogue, which would make Philippi unique when compared with most of the cities that Paul travelled to and wrote to.

Paul first visited the city around 49 A.D. (Acts 16:11-15).  In Acts 16 we are introduced to people of Philippi from all walks of life: a weathly merchant name Lydia, a young slave girl, and a jailer.

Gordon Fee notes that “…this suggests that the socioeconomic range was somewhat similar to what one finds in churches in urban centers today” (Philippians, 26).

The city was located on a major trade route between Asia and Rome, which brought the city prominence and wealth.  Because of the military background of the city’s population, the location of the city, and the mark of a Roman colony, Philippi was a city of status in the ancient world.

The church in Philippi.

The founding of the church in Philippi may be read in Acts 16.  Gordon Fee notes:

According to Luke’s report, its nucleus was formed by a group of God-fearing women, who, because of the lack of a Jewish synagogue in the city, had been meeting by the river on the sabbath for prayer.  Given the well-known prominent place of women in Macedonian life in general, it is not surprising that the core group of first converts consisted of women, nor that the location of Macedonia’s first house church was the home of a woman merchant (Philippians, 26).

The woman merchant is Lydia, who plays a prominent role in Acts 16, but is not mentioned in the letter to the Philippians.

The date of the letter.

The letter was probably written around 60 to 62 A.D., which would place it later in the life of Paul.  Paul was most likely martyred in the mid to late 60s under the emperorship of Nero.

It is largely believed that Paul wrote the letter from Rome because of his reference to the “whole palace guard” (1:13) and his greetings from “Caesar’s household” (4:22).

However, some suggest it may have been written from Caesarea or Ephesus.  Nevertheless, Paul did write the letter from prison (1:7) and the letter is included in the group known as the “Prison Epistles” (with Ephesians, Colossians, and Philemon).

Why Paul wrote the letter.

There seems to be three main reasons why Paul wrote the letter.

First, Paul was writing to friends.  He had a very good relationship with the Philippians.  This may be seen when one compares the overall tone of the letter with other letters by Paul (i.e. Galatians or 1 Corinthians).  One may also note the kind words in 1:3-11, 2:19-29, 4:1, and 4:10-23.  It seems that Paul had a very close and dear relationship with the Philippians.

Third, Gordon Fee writes, “Paul’s overarching concern is with the gospel, a word that occurs more often in this letter than in any of his others” (Philippians, 22).  It is clear that Paul is writing to encourage the Philippians to walk in the truth of the gospel and to exemplify Christ’s humility.  This is to be done even in the difficulties that are brought by the opponents and the suffering that living a Christ-like life in a Roman city may bring.

I hope you enjoy studying Philippians as much as I do.

Here are some recommended commentaries with notes to help you decide which one(s) might be right for you.

Markus Bockmuehl, The Epistle to the Philippians (Hendrickson, 1998)

Peter T. O’Brien, The Epistle to the Philippians (Eerdmans 1991)

introduction to paul’s letter to the philippians

bible literacy what about evil and suffering? [the God i don̵…
15