on destitute teens and barbies 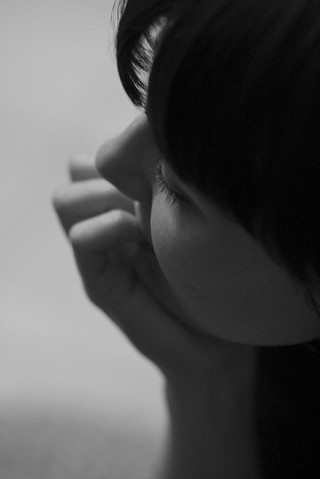 I know a teenager who is destitute.

The same girl steals. Of course she does. That’s what happens when you lack everything.

So when it came time to divvy extra Christmas cash, this girl did not make the cut. While others offered up her name, I shook my head.

Hope is big and grace grand, but a thief?

Seriously, you expect me to give to a thief?

You’ve heard the stories about the drugs and the family drama and the jail time, right?

And then it happened; I saw her mother. Sure, I’ve seen her mom many times, but this time I saw her mother. The mother was standing on the side of the road with a blanket of goods stretched out before her: a couple of still packaged Barbies, neatly folded piles of clothes, and a baby doll stroller.

It was 31 degrees and the sky which threatened all day, finally started to sputter snow, but instead of snow falling, my own self-righteousness crashed straight through the roof of my perfectly heated car.

Instantly, poverty had a face, and it was the face of a person selling trinkets and tidbits from her house in the snow on the side of the road.

I wondered if the Barbies once belonged to the teenage girl. If as a little girl, she dreamed of brushing each doll’s perfectly styled hair. I imagined the girl’s mother telling her to leave the dolls in the box and that maybe one day her dolls would be worth some money.

Word lover. Book devourer. Music addict. Amy is a Northern girl who found herself living in the South. She drinks sweet tea, turns her nose up at okra, and attempts to tell her daughters "yella" isn't a color.

on destitute teens and barbies

for reflection ready or not