the world outside my window

Married with 4 children, I am a seeker of grace, and a rookie at the practice of gratitude. My new favorite quote: "The grass is greener where you water it" is inspiring me to quit checking out my neighbors' lawn. It's time to take care of the grass God has given me. Join me?
 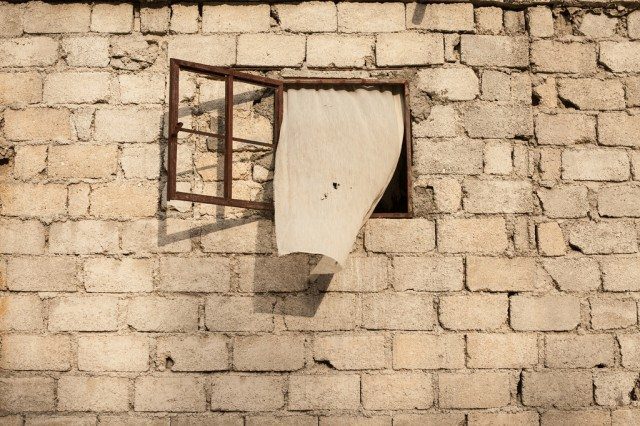 A warm breeze blows through my open window.

We haven’t had a warm breeze here in over 6 months.

And yet, I’m not thinking about my garden, or the budding trees. My mind is thousands of miles away, in the poorest of countries, with a people I’ve never met, but whose eyes I can never forget.

Poverty has been on my mind a lot lately. It’s an uncomfortable topic. Somehow, in all my years, I’ve felt that it’s sort of taboo to talk about the impoverished nations of the world. I remember the Ethiopian famine when I was a kid, and my parents telling me about the children starving in Africa, so I better finish my meatloaf and green beans.

Television revealed a totally foreign world of malnourished, pot-bellied children. Filled with faces of sad, hungry kids, squatting in dirty, trash-filled slums, those images on TV shocked me. It didn’t seem real. The pictures made me sad, but I felt totally powerless to do anything. I didn’t even feel like I was supposed to do anything. Feeling sad, and shaking my head in sympathy seemed like the only thing I could do.

Maybe my parents sent money, maybe they didn’t, but one thing was sure: that level of poverty was not part of our reality. We could change the channel and the Love Boat would be taking us on another adventure, the pleading eyes of third-world children quickly forgotten.

And even into my adulthood, I’ve not thought too much about those children. I’ve been busy, having babies, raising babies, making important decisions about houses and jobs and schools.

But then a couple of years ago, I stumbled onto a few blogs where the writers traveled with Compassion to different countries around the world. Not exactly mission trips, but more of a “go check it out and write about it” type of a trip.

When I first read about their experiences here, here, and here, I was stunned. The stories were so vivid, so personal. Suddenly, those faces that I associated with poverty had names and families and stories. They had smiles and hopes and dreams. They bathed in dirty water, lived in cramped quarters, and ate next to nothing. They had amazingly good attitudes, despite their extreme lack.

They lived in cement block homes, with dirt floors. One-room dwellings with no windows and roofs missing.

Shacks on stilts in the middle of a jungle.

And as I sat here in my 2600 square feet of warm and cozy comfort, my eyes began to open. For the first time, I saw their reality–this was their life–and the vast differences between my life and theirs. Never do I worry about where our next meal will come from. Or if we’ll sleep safe tonight. Or if we’ll survive tomorrow.

But out there, beyond my window, 640 million children are without adequate shelter.

And today, and every day, 22,000 children will die from malnourishment.

Maybe the most shocking statistic I learned: that 80% of humanity lives on less than $10 a day.

In the past, knowing this would leave me riddled with guilt. Maybe that’s why poverty has always felt like an uncomfortable social topic–maybe we’ve all just felt guilty that we’re here and they’re there, and we have it so much better than they do, and what can we really do anyway?

But guilt is the wrong reaction. Not only is it unproductive, it doesn’t make sense. None of us chose the circumstances we were born into. I didn’t choose to be born into a comfortable, middle-class family, with loving, protective parents. That I was born into the life I have is purely grace. It’s all a gift.

But what if—and this is where it starts to freak me out a little—that gift was meant to be used for greater good? What if my life, filled full with love and joy and relative ease—was meant to be a launching pad for something bigger?

Instead of responding in guilt, maybe action is the better response.

I can’t help where I was born. But God wants to form me, all of us, into His image. He wants to make us more like Him. And maybe His image can’t be pinned or followed, but crafted and formed by being His heart to the least of these. By getting outside of ourselves and seeing with His eyes. By loving and serving and laying down our lives.

And maybe serving the poor isn’t all about just helping them. Maybe we’re the ones that need help. Maybe we’re actually the ones that need to be fed, us with our bellies and bank accounts full, with our homes warm and safe, but maybe it’s our hearts that are starving and malnourished. Can we really be happy if we’re consumed with pretty pins on pinboards?

What kind of reality is that, anyway?

I’m not saying that everyone should quit their jobs and become missionaries. We’re all uniquely equipped for the plans God has for us, and full-time missions certainly isn’t everyone’s call.

But I’m beginning to think that when Jesus told us to love our neighbor as we love ourselves, he meant more than just being nice to the mailman. The Samaritan didn’t just give a sympathetic head tilt when he saw the man beaten on the side of the road. He didn’t assume that someone else would take care of the problem. He showed him mercy. He gave of himself.

Rolling around in my heart is this crazy notion: What if God actually wants us to feed the hungry and remember the poor? Not big agencies, not full-time missionaries, but little old, regular us? What if He really wants us to care for orphans and widows; not merely with sincere words, but with merciful action? What if His greatest desire is for us to know fullness of joy by being His heart to a hurting world?

And what if this whole time I am missing it, and the world is wasting away while I waste time on Facebook, and I have the power to do something, to make a difference?

I never thought the impoverished world was my reality or responsibility but the reality is this:

They did not ask to be born into their circumstances.

But I have the choice to respond with mine.

the world outside my window

activist faith cruisin’ through the night

for reflection all i need to know today
2