a short survey of the old testament (youth ministry lessons) 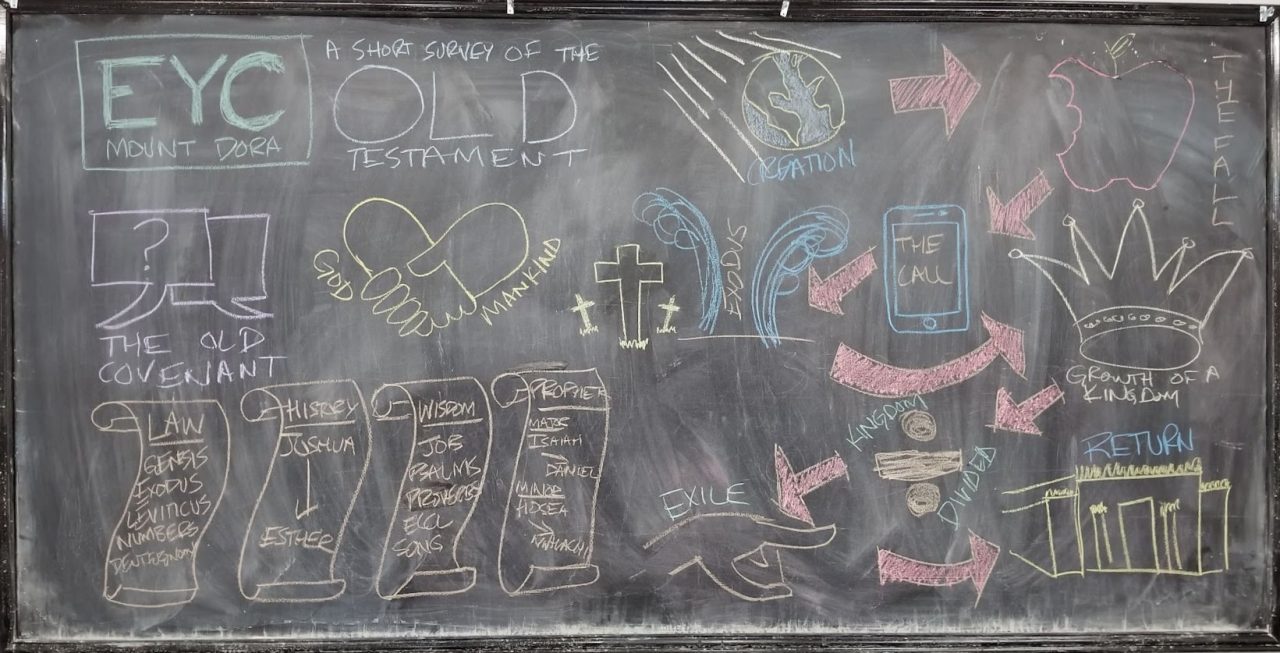 Editorial Note: This post is part of how to study the Bible (the complete series).

Building on my introduction to the bible lesson, the next step is to do a survey of the Old Testament. This is a very short and simple survey, but (hopefully) enough to bring some foundational perspective into how Christians can related to the ancient Jewish Scriptures.

I might even argue that before you can begin to understand the New Testament (and the Covenant it shares with us), you really need to understand the Old Testament and Covenant. It’s what brings perspective and context to the New. Without the Old, the New would merely be a story of some religious leader walking around trying to change things.

Understanding Christ requires that we go back to the beginning. He was there all along, and the Old Testament continues to point to that moment in history when God Himself burst onto the scene and changed the world forever.

Q: What is meant by a covenant with God?

A: A covenant is a relationship initiated by God, to which a body of responds in faith.

My thoughts: This, I think, is key… that God initiates it. This is one of the main indications that God is in pursuit of a relationship with us. He’s not kicking back and just saying, “I’m here if anyone wants to hang out. If not, no big deal.” He wants to be in this with us, so He comes to us with request for a relationship. Kinda like a man getting down on one knee to ask the love of his life to marry him. Do we respond like the woman being proposed to?

Q: What is the Old Covenant?

A: The Old Covenant is the one given by God to the Hebrew people.

My thoughts: The world ignored Him for a long time. And even when He sent warnings and signs, we still ignored him in favor of things we could control on our own. So He started it with one man and a promise that they would become a great people.

Q: What did God promise them?

A: God promised that they would be his people to bring all the nations of the world to him.

My thoughts: While on the surface, the story seems to be about one nation as a chosen people, it’s really all about the mission to bring His love (and a New Covenant) to the entire world. No one in all of Creation is excluded from His desire to be in relationship.

Q: What response did God require from the chosen people?

A: God required the chosen people to be faithful; to love justice, to do mercy, and to walk humbly with their God.

My thoughts: God’s heartbeat is for His people. Being faithful, to Him and to each other. And this idea about loving justice, doing mercy, and walking humbly… it’s all exactly the opposite of the self-contentedness that resulted in the Fall (and pretty much every other sin mankind has committed).

Q: Where is this Old Covenant to be found?

A: The covenant with the Hebrew people is to be found in the books which we call the Old Testament.

My thoughts: Through this story, we see the foundation, preparation, aspiration, and expectation for Christ and God’s ultimate redemption of all mankind.

Q: Where in the Old Testament is God’s will for us shown most clearly?

A: God’s will for us is shown most clearly in the Ten Commandments.

My thoughts: This is something we’ll dive into in greater detail at another time. But in short, the focus of the Ten Commandments is on our duty to God and our duty to our neighbors. Aside from listing out specific “sins,” it still shows us the heartbeat of God for His creation. 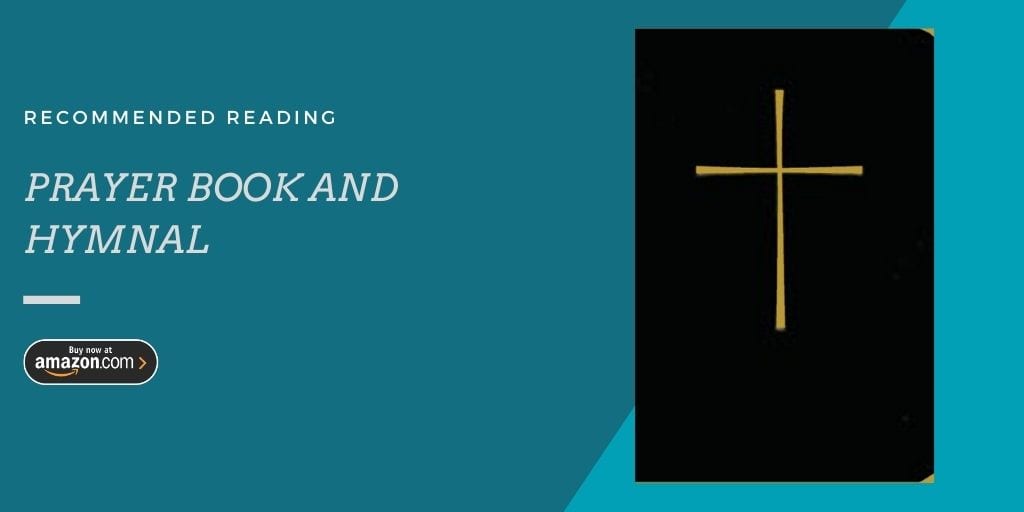 The Structure of the Old Testament

We commonly separate the Old Testament into four main groups:

We’ll discuss more on how to better understand each of these types of writings. But it’s really cool to see how they interweave with each other. For example, we can read a story in Samuel’s writings about a time when David was in trouble, and then read the Psalm that he wrote during that time. This gives us not only details of the events itself, but also a deeper look into the emotions he felt (and God’s place in all of it).

Knowing where these fit and how they are written, will help us in our reading and understanding.

A Simple Overview of the Old Testament 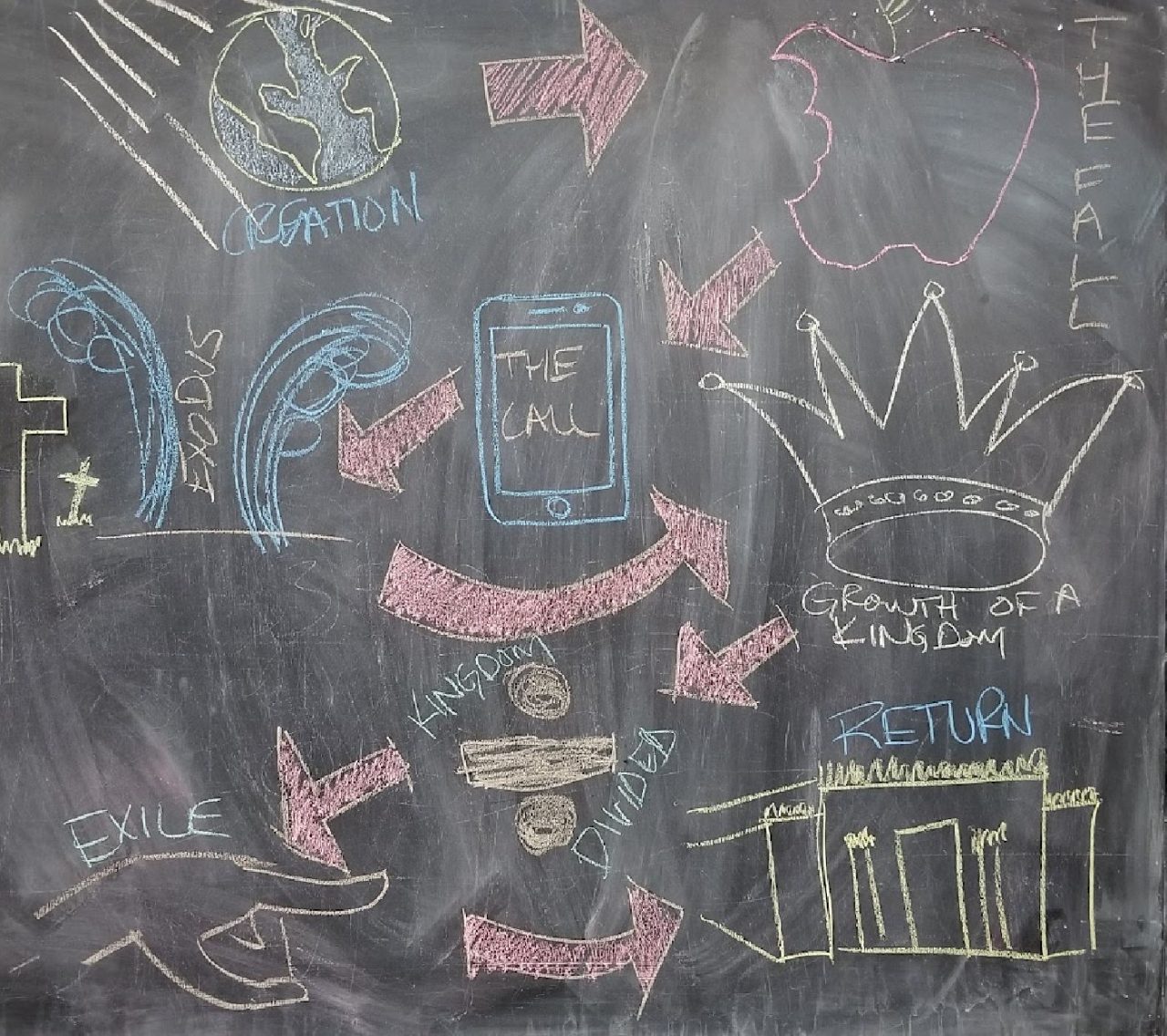 Ultimately, we see people in close relationship with God to start with. And as things are going well, they tend to rely less on Him and more on themselves (or things they can control). So they fall away. Then they suffer the consequences of not being in the blessing/relationship. Then they turn and cry out for help, and God redeems them. And the cycle just repeats itself over and over and over…

It’s also very helpful to understand things in context. We must not forget that what Christians call the Old Testament is actually the full Hebrew bible. This great video from The Bible Project breaks it down in it’s original context to give us a better overview of how the writings work together, which is helpful in our efforts to interpret them and apply their lessons to our own lives.

What This Survey of the Old Testament Means To Us

What we see is that from the beginning of time God created everything, and then He stepped back and said (my paraphrase), “Now it’s time… Let’s make what we’ve been planning all along.” And we are created in His image. As a dad, I look at my son and smile when I see that he looks just like me. I created that, and he’s just like me! I can imagine how God must have felt when he created mankind and just smiled when He sees how much we look like Him.

But then we fall away and do our own thing. “We don’t need you, I can do this myself!” That’s our constant cry… looking for independence and self-gratification. And when we fall, we fall hard. And He let’s us! But He’s always there to pick us up. No matter how many times we run back, needing His help… He’s always there for us.

And God knows us better than we know ourselves. He knows we’re going to fall. He knows that mankind, even His chosen people (Israel), would never get it right for long periods of time. So He always knew that He’d have to do something drastic to get our attention, and to show us the Way.

He’s always known that. And He used these chosen (despite their flaws) people to bring that something drastic to the nation of Israel, and to the rest of the world.

Ultimately, it all points to Christ.

a short survey of the old testament (youth ministry lessons) 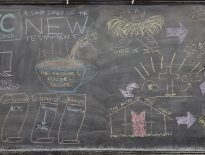 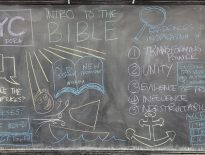 bible literacy an introduction to the Bible (youth ministry lesso…
0