[the monkey and the fish] closing thoughts

This post was written by a guest contributor. Please see their details in the post above. If you'd like to guest post for BibleDude.net check out our Write for BibleDude page for details about how YOU can share your perspectives with our incredible tribe!
 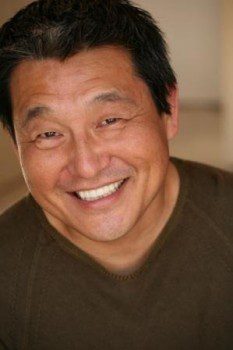 I started writing The Monkey and the Fish about five years ago. It’s beautiful to see how the nomenclature and some of the ideas are starting to take root in the streams of American evangelicalism. Third culture is not just a fad, a cool thought, another ministry strategy, or some professorial droning. Third culture is part of the old and new realities of our world. It’s part of the old as evident in how God awakened third culture type of individuals to lead movements throughout the Scriptures. These were unique people who were able to weave in and out of multiple groups with adaptive skills. You look at Moses, Paul, and Jesus. They knew how to engage the bourgeois or the outcasts. They were liquid. Paul said, “I’ve become all things to all men. . .” Jesus said literally, “I’m the living water.” So third culture isn’t new. Bruce Lee didn’t originate the idea. Missiologists would call third culture “contextualization.”

In terms of the new realities, there has been a shift from hard power to soft power. The leader of the present and the future has this soft power mindset and skill. Hard power emphasizes military might or strength. Soft power is about the “influence of attraction” as Harvard professor Joseph Nye refers to it. Leaders like Gandhi, Martin Luther King Jr., Billy Graham and President Obama embody soft power. And of course, there is no greater leader than Jesus who described himself as “meek and gentle”. Moreover, He was a friend of sinners, a lover of the misfits, the healer of the sick and the one who blessed his enemies. He entered multiple domains not as part of a visitation ritual but a way of life. It was painful obedience and adaptation.

Walter Brueggemann writes about orientation, disorientation and a new orientation when it comes to the movements of life as reflected in the Psalms. Basically, his premise is when one comes to the new orientation rhythm of life, this isn’t one going back to their original orientation but in fact, an entirely new place perhaps with some old characteristics. This is the age we live in now. It’s a new orientation, a new reality. Elements of the old are present but a different kind of terra firma now exists. Each generation’s task is to communicate the gospel in a way that connects with their generation. It’s an art and part of flowing with the Spirit.

The questions and principles raised in The Monkey and the Fish I hope will help to guide the church through the dramatic political, economic, cultural and religious shifts of our day and in the future. Thanks to Dan King and the crew for sharing their thoughtful reflections and insights! I loved your interactions!

May God allow us to be a part of that mighty river of radical love flowing with the nations and cultures of the world!

[the monkey and the fish] closing thoughts