Bryant is currently serving as the pastor of a rural church in Georgia and the chaplain coordinator of his community's hospital chaplaincy program. A pastor, teacher, and mentor, Bryant has a passion for helping people discover their best selves in Christ and exploring the deeper sides of spirituality. A closet philosopher, Bryant enjoys writing and publishes a periodic journal that challenges his readers in their relationship with God. Bryant is married to Cheryl and they have two cats.


Chapter 5 opens with the crowds gathering together once again at the fireside with the old man and musician getting ready to open the weeks storying time. The people gather with the expectation of a comfortable story but instead they begin to be reminded of the reason why they are currently being held captive in the land of Babylon; and what an uncomfortable reminder they are about to receive. Up to know, they have heard the story of the creation, the catastrophe, the flood, the calling of Abraham, the captivity of Israel in Egypt and God’s deliverance of the nation to freedom. In the midst of this is the recurring theme of failure and God coming down to meet man where he is.

As the old man continues to speak he tells the people that ‘the character of God is primarily revealed through His covenantal love for His people. Just as the Ten Utterances were carved in stone, God’s character and His promise to show mercy, love, compassion and loving kindness is carved into the fabric of eternity. This promise is not contingent upon our ability to earn it, achieve it or merit it but is instead something that God desires to do. As the only one wise enough, powerful enough, and with the resources sufficient enough to maintain the covenant. The only response that can truly be said to be proper and appropriate is to love the one the covenant rests upon and to celebrate the chesed (faithful) love that the covenant bearer has for those with whom He has made covenant with and to seek to give reverence and respect to the covenant itself. Unfortunately, as the people hear the continuing story they hear of failure after failure of the people to do just that resulting in a loss of harmony in their relationship with their covenant bearer. Even though the people suffered because of the loss of that harmony, what they found is that covenant bearer has already built in a way for the harmony to be restored and what should have led to death and decay instead led to life and vibrancy.

In my days in high school, I was a member of the band and I continued that in my time in the Air Force in the drum and bugle corps and one thing was common all throughout my time was that when someone was out of tune, it would make the whole group sound bad. There was a distinct loss of harmony between the musicians and one another, but also with the band director or drum major. The director and the drum majors were the ones who were responsible for knowing the music intimately from the first note to the last and then taking the liability of making sure everyone was properly in tune, at the right place in the music at the right time and working together to accomplish a unifying goal, that of making a distinct impression upon those who heard the music.

The old man tells his hearers that the purpose of the covenant was to promote harmony between the people and one another, but more importantly between the people and its covenant bearer. Just as music identifies the members of a band or orchestra as such, the Torah {God’s teachings} identifies His people. Just as musicians captivate and attract people to hear their music through their harmony and unity with one another and their leader, the people of God captivate and attract people into a relationship with their covenant bearer by their faithfulness and unity in blessing their covenant bearer because it is He, and He alone that can know all the intricacies of the music and can keep His people in tune and in the right place and on purpose for His cause.

by Bryant Neal time to read: 3 min
bible literacy [the story of God, the story of us] chapter 6: con… 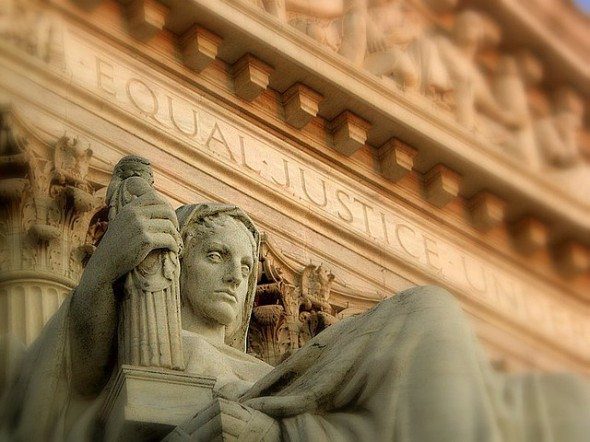