[management by God] get serious

One show that’s caught my attention recently is Dragon’s Den on the Fox Reality channel. I must admit that I’m a bit of a reality TV junkie, and when I stumbled upon this show it excited the entrepreneurial side of me too!

It’s a British (and Australian) show that brings people with new business ideas in front of a panel of investors (the “Dragons”). The entrepreneur must make their pitch and defend their request for financial (and sometimes business management) support, while the Dragons decide whether or not to invest their money into the ventures that are presented to them. It’s a very interesting show, and if you get the chance to watch it sometime, then I highly recommend that you do so.

One of the things that I’ve regularly seen while watching this show is that sometimes the Dragons pass on some really great business ideas. However, it’s often their reason for passing on these opportunities that really catches my attention. Sometimes they simply are not interested in the type of investment, and other times they pass because they cannot negotiate ownership shares that please both sides.

But the times that get me the most are the times that a really great business idea comes to them and the person pitching the idea lets it fall apart in their presentation of the supporting information. For example, they may present an awesome idea, but then fail to identify the level of competition, or the complexity of production costs. It burns me up to see someone walk in there, and just not be prepared to answer the questions. It just shows me that they simply are not taking the situation as seriously as they should.

As I continue discussing the executive-leader qualifications, the third one that we come to is “sober-minded”. The Greek word used here is nephaleos, which means sober or temperate. It also speaks to the abstaining from wine, but with “not a drunkard” also being a later qualification, I believe this use here to refer more to the state of mind associated with soberness. So when I look to the definitions of the word “sober”, one thing that I see is the idea of being marked with seriousness. In this sense, the qualification here is to have a serious outlook or perspective on things.

Let me also clarify what I am NOT saying here. I am not saying that a good executive-leader cannot have fun and joke around with people. I believe that humor and fun are very important parts of building strong relationships with people. While this is really a topic for another post, it’s still worthwhile to point out that one’s ability to take things seriously does not and should not affect their ability to have fun with people.

However, there are times that fun and games must be set aside, and serious decisions must be made. There are also times (as in the Dragon’s Den) that one must carry a certain level of respect for the situation, and make sure that they are prepared for what may come their way. This means that the executive-leader must be able to think clearly, and have the ability to look at a situation with every bit of attention that it deserves.

What are the consequences of this “sober-mindedness”?

Well on the good side, if a leader possesses this ability, then he/she will at minimum be well prepared. They will be able to make strong decisions that they and the people around them will be able to stand on. This doesn’t always mean that they’ll win with their decisions, but they’ll at least be on a much stronger foundation than their less serious and less prepared competitors.

The biggest surprises to me on the Dragon’s Den are the mediocre ideas that get the support of the Dragons simply because the presenter was on the ball with all of their facts and information. It shows that even an average situation can experience great success when there’s a level of seriousness that provides other people with a certain amount of security. This shows that they’re willing to invest more in the people than the idea, and the people that win are “sober-minded”.

On the bad side, the Apostle Peter spoke of sobriety and it’s negative consequences when he said, “Be sober, be vigilant; because your adversary the devil, as a roaring lion, walketh about, seeking whom he may devour” (1 Peter 5:8). I believe that in a business environment, you can replace “the devil” with any of your competitor’s names. Don’t take that the wrong way, but understand the point that Peter makes very clear here. If you don’t take things seriously, then there’s always someone out there that’s just waiting to pounce you (or your organization). I don’t know about you, but being devoured because of a choice that I can make to take things seriously or not is not a place that I want to be.

[management by God] get serious 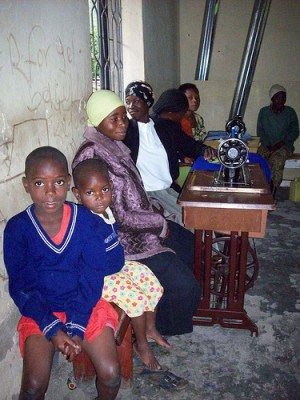 authentic christianity [management by God] the core of leadership
6