[management by God] you reap what you sow

Have you ever wondered why people don’t respond to your efforts to implement change (or anything for that matter)? I often hear from other leaders that one of their biggest frustrations is that they just cannot get people to respond or produce the way that they hoped they would. 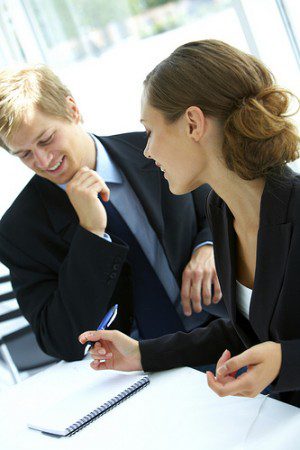 Typically, one of the first things that we tend to do in these situations is to point our fingers at our ‘defective’ followers. I’m sure that you’ve heard the saying that goes something like… be careful when you point your finger at someone else, because there are always three pointing right back at you!

Before we start looking at how ‘defective’ other people on our teams are, we should first take a close, honest look at ourselves to make sure that we’re doing everything that we can to produce the desired response. Too often I see so-called ‘leaders’ sitting in their offices, working on ‘important’ things, yet all the while wondering why there are so many people that just don’t get it.

Getting what you want out of people starts with building a sincere relationship with them. If you are not getting what you want out of people, then I would think that the real problem lies in the fact that the people have no reason, or buy-in, to behave the way that you want them to. Maybe there’s no personal connection to the goals or vision that you have for the organization. But more importantly, it probably doesn’t exist because you don’t nurture the relationship with them the way that you should be. Basically, these ‘defective’ employees are likely a result of you reaping what you’re sowing.

Solomon pointed out this principle in the Proverbs when he stated…

therefore they shall eat the fruit of their way,and have their fill of their own devices.

In this portion of the Proverbs, Solomon is referring mostly to some bad people who are acting unethically, but the principle of this specific verse holds true regardless of the exact behavior being displayed.  This is a situation where inactivity, or doing nothing to invest in people, is a problem. One might even come back with, “but I never did anything!” Well, actually, that’s my point!

The bottom line here is that you reap what you sow. If you sow nothing into the people around you, then you get nothing in return from them. If you pour of yourself into their lives, then you are much more likely to get something in return.

As managers and leaders, we often fill our days with all kinds of busy work, and ‘important’ stuff that needs to get done. But really the most important thing that you could be doing is being out there building relationships with the people. And I don’t mean in a non-work related, counter-productive way. I simply mean getting some face time with the people that you hope to influence.

What are you doing today to invest in the people around you?

Remember, you don’t even need to have direct reports to do this, because being a leader doesn’t necessarily mean that you’ve got someone reporting to you.

Be purposeful about investing into other people’s lives today. Schedule time to do it if you have to. And when you ‘think’ that you’re done, then take your eyes off of yourself, and think about what ‘they’ think about when you go back into your private world without them.

Trust me, PEOPLE will not become any more productive because you spent a little extra time working on making that spreadsheet easier for your boss to read. Now go lead somebody!

[management by God] you reap what you sow