the name of God

Do you know your God by name?

Do you understand the various names used to describe who God is, especially though the Old Testament?

Well…    you should. The names used to describe God are important to our understanding of who He is. I’ve been doing a little studying on this topic, and thought that I would share a little bit about what I have been learning.

First, let’s take a look at one of the more important (in my opinion) names used to refer to the God of Israel. The term YHWH, or Yahweh, is commonly used as the holy name of God. It is this term that is typically translated in the English as LORD. It is a name that the early Israelites considered so holy that in order to not use the Lord’s name in vain they would not even speak it. The third commandment to “not make wrongful use of the name of your God,” caused them to literally not use it at all in fear that speaking it even slightly incorrectly would cause them to sin. It was important that they not use such a holy name idly.

This fear forced them to find another way to refer to God, so they commonly used the term Adonai, which literally translates as “lord”. In fact this term is not necessarily exclusive to God or gods, but can even refer (in some forms) to a “distinguished person”. However, the use of this term allowed the Israelites to avoid sin by speaking the holy name of Yahweh.

In fact, in order to help people to remember to say the word Adonai instead of the written Yahweh, early scribes inserted the vowels of the word Adonai into the YHWH of the Hebrew texts. It resulted in something like this…    YeHoWaH. These additional letters reminded the reader to say “adonai” or “lord” instead of the most Holy Name of God. This newly created word started being recognized by translators as Yehovah, or Jehovah. While there is still some disagreement over this idea, it does seem consistent with the times and the culture that this could reasonably be the case.

Another term in the Hebrew that translates as the English word for God is Elohim. While this word expresses divinity, its root starts with the more common El, which is used to describe almost any god. However, a more likely and more accurate translation of the word El is probably in line with “strength or power”. The exact meaning of the word Elohim is a little unclear, but one thing that I found interesting was that it is a plural form, but is often used in the singular. Some believe that this points to the Trinity (a plural concept) in unity as a single God. Regardless, the word Elohim, or God, certainly speaks to the power of God as an almighty being.

Often in the Old Testament we read something like “the LORD our God,” and it more accurately translates as “Yahweh our strength.” Or we read “the LORD, the God of Israel,” which better translates as “Yahweh, the strength or power of Israel.” This type of translation then bring much more color to the text, especially when looking at how God supplied for various needs, and delivered His people. It brings up the idea that the Israelites could not have done what they did without the help of One stronger and mightier than themselves.

There are also many other terms used in conjunction with Yahweh (frequently translated as Jehovah) that describe more aspects of His character. Terms such as Yahweh Shalom, Yahweh Jireh, Yahweh Ropheka, and many more reveal the full character of God. And it is important to learn and understand what these terms means and how they should affect our understanding of who God is.

I know that it is very easy to read through the texts of the Old Testament and skim over “the LORD our God,” and simply think that it is referring to “God”. I have recently tried to read through these texts and consider the full meaning of the terms used to describe who God is at those points in the text. This practice has brought a whole new dimension to my understanding of how God related to Israel, and vice versa. I challenge you to study the names of God, and get to know Him better than just through a one-dimensional “God”.

Praying the Names of God: A Daily Guide to Praying According to His Names and Titles
By Ann Spangler

Ancient of Days, Lord of Hosts, El Shaddai, Abba . . . names did more than simply distinguish one person from another, they often conveyed the essential nature and character of a person. This is especially true when it comes to the names of God in the Bible. In Praying the Names of God readers will learn how to study and pray God’s names by focusing each week on one of the primary names or titles of God. By incorporating these divine names into their prayers, and learning about the biblical context in which the name was revealed, readers will gain a more intimate understanding of who God is and how he can be relied on in every circumstance of their lives. Praying the Names of God is a unique devotional, one that offers a rich program of daily prayer and study, designed to lead people into fresh encounters with the living God.

the name of God 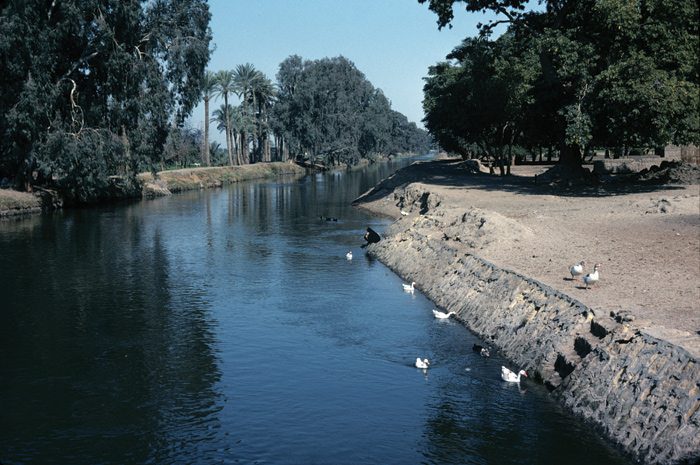